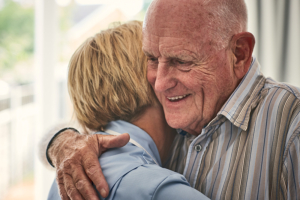 Our dementia care team provides support for those diagnosed with dementia.

Among the first questions in most people’s minds when a loved one is diagnosed with dementia is precisely what to anticipate in the time to come. We understand that the hallmark of dementia is the increasing decline in cognitive abilities as well as the skills needed to take care of day-to-day life activities. Yet every person progresses through these changes at a different pace. There are lots of factors that can influence the rate of decline, such as:

There are also other determinants to take into account based on the type of dementia diagnosed. For example:

Get in touch with the dementia care team at CareWorks Health Services for additional informative resources that will help you better understand and care for someone you love with dementia. We’re also always available to assist with compassionate, creative care to help make life more fulfilling for a senior with dementia, and to help family members achieve a better life balance. For more information on why CareWorks Health Services is the preferred choice for senior care in Huntington Beach and the surrounding areas, contact us at (949) 859-4700 today!