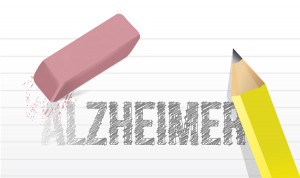 Scientists are finally starting to get a grip on the imbalance between Alzheimer’s diagnoses in women and men. Generally, up to 2/3 of those with Alzheimer’s in the U.S. are female, and as researchers begin to better understand the specific particulars behind this pattern, we are able to start to address the risk for Alzheimer’s.

As reported by the Alzheimer’s Association’s Director of Scientific Engagement, Rebecca Edelmayer, “Women are at the epicenter of Alzheimer’s disease as both persons living with the disease and as caregivers of those with dementia. Over the last three years, the Alzheimer’s Association has invested $3.2 million into 14 projects looking at sex differences for the disease and some of the findings today may explain risk, prevalence, and rate of decline for women.”

The longstanding theory has been that women merely have a longer than anticipated lifespan, and we realize that Alzheimer’s becomes more common as people get older. However, the idea has changed to incorporate the following additional determinants:

All of these conclusions showcase the necessity for women to take care of their own overall health, and CareWorks Health Services is prepared to help. We offer the reliable respite care that enables family caregivers to take much needed breaks from caring for their loved ones and focus on self-care. Our caregivers are highly trained and experienced in meeting the unique needs of those with Alzheimer’s disease, giving loved ones the peace of mind in recognizing cherished older adults are getting the very best care. Give us a call at (949) 859-4700 to learn more about the best senior care Orange County has to offer.