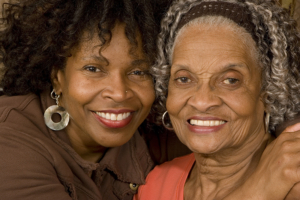 For many years, experts examined the progression of Alzheimer’s through one particular basic model, despite the fact that the symptoms and development of Alzheimer’s can vary from person to person.

Now, however, a new, collaborative study between the United States, Sweden, Canada, and Korea is discovering some fascinating data to help us better understand and treat Alzheimer’s. Rather than one universal, dominant diagnosis of Alzheimer’s, researchers discovered that there are four specific variants that occur in as many as 18 – 30% of cases. This shift in thinking is helping researchers more accurately understand the variations in the disease from one person to another.

The findings are also significant in that they are allowing specialists to begin to individualize treatment plans based on the particular subgroup diagnosed.

The research looked at data from more than 1,600 men and women, identifying over 1,100 who were either in various stages of Alzheimer’s or who were not cognitively impaired at all. Following these participants over a two-year period allowed researchers to funnel each person who presented tau abnormalities into four distinct sub-groups:

Oskar Hansson, supervisor of the study and professor of neurology at Lund University, explains future steps: “…we need a longer follow-up study over five to ten years to be able to confirm the four patterns with even greater accuracy.”

As an award-winning provider of dementia care in Newport Beach, CA, and the surrounding Orange County communities, CareWorks Health Services is available to help. No matter which type of dementia a senior has, CareWorks caregivers receive significant training in helping manage any challenges while concentrating on a person’s strengths. Give us a call at (949) 859-4700 to and let us customize a plan of care to improve life for a senior loved one with dementia.