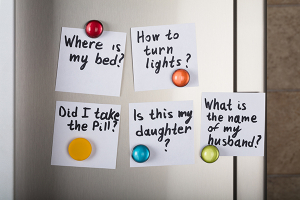 Alzheimer’s disease is diagnosed in 1 out of every 10 people.

The Alzheimer’s Association has published its 2019 Facts and Figures Report, and with a staggering 5.8 million Americans presently diagnosed with the disease – including one out of every ten seniors – it is necessary for people to be familiar with the most up-to-date advancements in research and treatment options.

According to the report, the number of Americans diagnosed with Alzheimer’s is expected to explode from 5.8 million in 2019 to an estimated 13.8 million in 2050. Even though the effects are most significant on seniors, the condition begins to create alterations in the brain a full 20 years or more before signs and symptoms are evident.

If you’re among the numerous family members providing care for a close relative with Alzheimer’s, you’re quite aware of the investment in time required: coupled with other family caregivers, totaling 18.5 billion hours in 2018 alone. The reality is, 83% of dementia care is provided by relatives and friends. And the impact on a caregiver’s health is significant, with as many as 60% stating emotional stress and nearly 40% struggling with physical stress.

Risk factors have also been updated in this year’s report, and include:

Of considerable value is the finding that while medical care providers are encouraged to regularly assess cognitive functioning for all seniors, only 16% of those over age 65 report having a routine assessment, and more than 50 percent have never received an assessment at all – regardless of the fact that 94% of physicians noted the significance of such an evaluation.

According to Joanne Pike, PhD., chief program officer for the Alzheimer’s Association, “Early detection of cognitive decline offers numerous medical, social, emotional, financial and planning benefits, but these can only be achieved by having a conversation with doctors about any thinking or memory concerns and through routine cognitive assessments.”

CareWorks Health Services continues to be dedicated to following the most up-to-date trends in Alzheimer’s disease, and to offer the exemplary, highly skilled dementia care in Huntington Beach and the surrounding area which allows for the greatest possible quality of life at all times for persons diagnosed with dementia. Reach out to us at (949) 859-4700 to get more detailed educational resources related to Alzheimer’s, or if you’d like to find out more about our specialized in-home dementia care services.